FOR YOU, ONLY THE BEST MUSIC
of Lisbon of Portugal of the World

If you're looking for other services for your event, other than a DJ, go to our website 2GO-Events were you'll find everything you need to make your party/event a success!
2GO - Events

An evening with DJ Miguel Brandeiro is a modern and safe bet for your Disco or Bar.

These are the most important days of your life! Hand them over to a given test taker.

Dj, producer, sound engineer and entrepreneur, Miguel Brandeiro already has more than 25 years of uninterrupted career, all of them dedicated exclusively to music.

It's an example of a successful career with a high professionalism to the maximum.

At the level of events, already has a strong relationship and several years with the most such as Fadus, H2N, Tavolanostra, Casa do Marquês, Stressless, Hypnosis, among others, having already acted for over 10,000 people at the Pavilhão Atlântico in corporate events. He was co-founder of Bamboobeat Band that had some very successful themes such as “Tomorrow I’ll Forget”, “Right to the South” or “Till No. 1”, official theme of the national team at Euro 2004, the band that was nominated for Best New National Radio Prize at Pedro Abrunhosa and who has beaten several Airplay records on radios throughout the country.

As an entrepreneur he has always been linked to the agency and the production of events. He was a founding partner of kimica.pt and currently owns Events2go.pt, a company that organizes several parties in Cascais and Lisbon in places such as Bafureira, Forte Cidadela, Paladar da Guia and Intercontinental Estoril. programming of several discotheques, at the same time that works in the accomplishment of numerous events by all the country.

More recently he is also the founder of the LISBOA RETRO ACTIVA project, this project aims to bring to the dancefloor in Festa format, all the musical themes that made Lisbon dance in the last decades. This project is responsible for parties that have taken place in places such as Skones, Chiado Club and Forte Cidadela.

The musical variety that embraces is great and has for habit to dedicate itself thoroughly in by the people to dance, always with much elegance and good taste . In their sets we can listen from the most recent hits to the oldest “meshes”, all mixed with great technique and creativity. For you the best music in the world!

CLICK HERE TO GET TO KNOW ALL THE EVENT DATES! 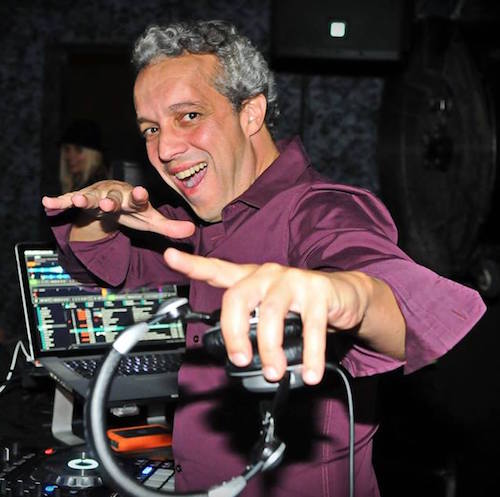